Giác Lâm Pagoda (覺林寺, Giác Lâm tự) is a historic Buddhist pagoda in Ho Chi Minh City, the hugest city in Vietnam. Built in 1744, it is one of the oldest temples in the city. It was officially listed as a historical site by the Vietnamese Department of Culture on November 16, 1988 under Decision 1288 VH/QD.[1] The pagoda is located at 118 Lạc Long Quân, in the 23rd ward of Tân Bình district, in the Phú Thọ Hòa region of the city.[1] It stands on Cẩm Sơn, and is also known as Cẩm Đệm and Sơn Can. It was built by Lý Thụy Long, a native of Minh Hương, in the spring of 1744, i.e., during the season of the Vietnamese new year, during the reign of Nguyễn Phúc Khoát of the Nguyễn Lords, then the ruling family of southern Vietnam. The history chronicles of Gia Định, the then name of the settlement
who later became Saigon and then Ho Chi Minh City, written by Trịnh Hoài Đức describes the area as being quite undeveloped at the time, with dense foliage resembling a jungle. The area was surrounded by flower gardens. In its formative years, the temple was a gathering place during the Tết new year and the temple was a scenic lookout on a hill overlooking the Gia Định markets.[1]

In 1772, Thích Viên Quang of the Lâm tế Zen lineage arrive to become the abbot of the temple. From then on, the temple was known by its current name of Giac Lam.[1]

Giac Lam Pagoda is built on a spacious plot, which has now been surrounded by the urban sprawl of the metropolitan. The pagoda and the grounds are completely surrounded by walls.

Immediately upon entering through the main gate is the garden, which is dominated by a large statue of the bodhisattva Avalokiteshvara under a tall and healthy bodhi tree, a species of which Prince Siddhartha sat under while gaining enlightenment to become Gautama Buddha. The tree present in the garden was brought to Vietnam from Sri Lanka by the famous 20th Sinhalese Theravada Buddhist monk Narada, known for his worldwide efforts in propagating the dharma. The tree arrived on June 18, 1953 and was also accompanied by the arrival of a sample of the relics of Gautama Buddha.[1]

On June 17, 1994, the Unified Buddhist Congregation of Vietnam staged an opening ceremony for a large stupa that was built for the purpose of the storing the relics of the Buddha. The ceremony was accompanied by the arrival of the Buddha’s relics from Long Vân Temple in Bình Thạnh, where the relics had been stored since their delivery in 1953 by Venerable Narada.[1]

The stupa is seven storeys high, on hexagonal shape, and each storey comprises tiled roofs and doors. The construction of the stupa began in 1970 under the architectural plans of Vĩnh Hoằng, until construction was temporarily in 1975 following the fall of Saigon to communist North Vietnam and the chaos of the dissolution of South Vietnam. However, construction was put on hold for a long time, and did not resume until 1993. The tower stands 32 m and looks eastwards. It currently is one of the tallest Buddhist towers in the metropolitan and is a noted landmark of the metropolitan.[1]

The main building of the pagoda itself is of rectangular shape, measuring 65 m in length and 22 m in width. The building comprises three main rooms: the main ceremonial hall, the dharma preaching hall and the meal hall, notwithstanding the other accessory rooms and buildings. In all, there are 98 pillars in the temple. On the pillars are carved 86 phrases, continuously around the temple, with inscriptions in gold paint in an articulate way. The entrance to the building is adorned with dragons. The altars in the main ceremonial hall are made from precious
wooden, which makes it particularly sturdy.[1]

The main altar is dominated by a statue of Amitabha Buddha. In front of Amitabha is a row of five seated figures: they are Sakyamuni Buddha and the four principal bodhisattvas: Samantabhadra, Manjusri, Avalokiteshvara, and Mahasthamaprapta. They form a group that is typical for Mahayanist pagodas of southern Vietnam.[2]

In all, Giac Lam Pagoda has 112 historic statues, made from wood with gold coatings painted onto the exterior. In addition, there are seven bronze statues. All of the statues, tables and the relic tower are hand crafted. The oldest statue is one of Gautama Buddha on a lotus seat that dates back to the 18th century. It is made of wood and stands 65 cm tall and 38 cm wide and is located in the dharma hall. The Nine Dragons altar in the main hall depicts the birth of Prince Siddhartha (Vesak) and is made of bronze. There are two sets of statues depict eighteen arahants. The smaller set consists of statues totalling 57 cm in height; the base is 7 cm while the remainder is the base of the statue. These were created at the start of the 19th century. The larger set stands approximately 95 cm in total height, with a base of 15 cm, and was created in the early years of the 20th century. The two sets of arahant statues are placed on either side of the Buddha statue in the main building.[1]

On the left side of the temple is a series of stupas for each of the abbots who have presided over the temple: Thích Viên Quang, Thích Hải Tịnh, Thích Minh Vi, Thích Minh Khiêm, Thích Như Lợi and Thích Như Phòng. The complex is also the location of the stupa of the patriarch Thích Phật Ý, the master of the patriarch Thích Viên Quang, who was the abbot of Sắc tứ Từ Ân. The remains were moved to Giác Lâm in 1923.[1] 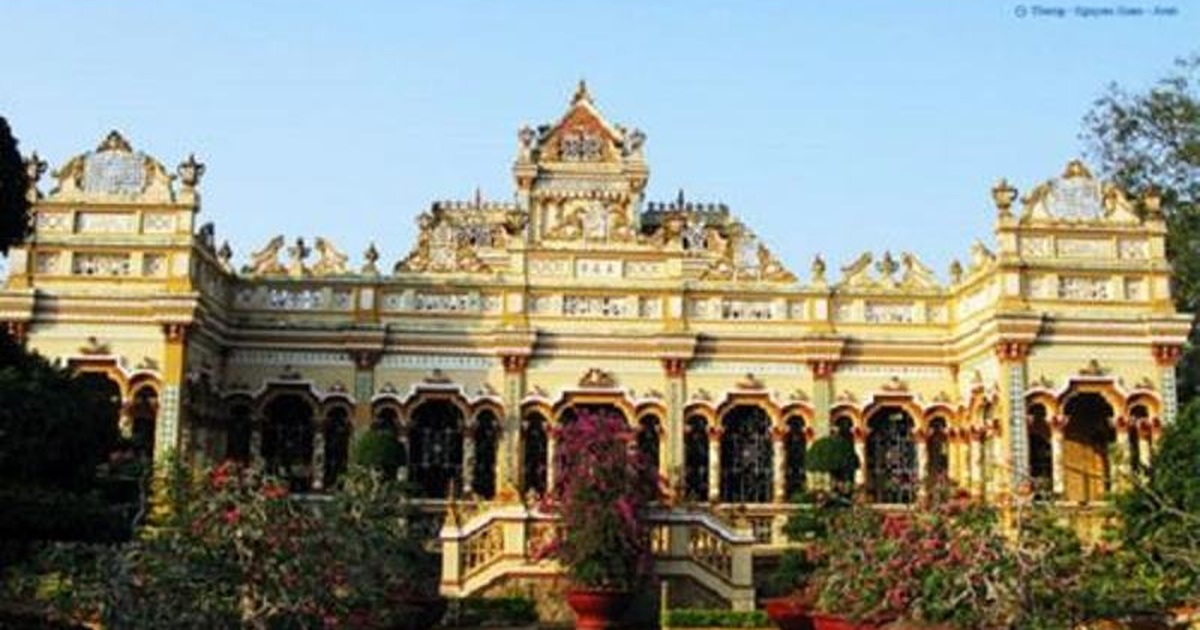